Count Down To The Future

My contract has been extended one week because of some inspections that the ship is going through. Apparently I need to be around for this, so I’m staying on one extra week for that. This means I’ll be going back to Indiana on February 27th. I’m gonna have about 6 weeks break and then my next contract starts on April 13th. I’ll be joining the Volendam in Singapore and traveling north around Asia for about a month before the ship goes over to Alaska. After Alaska it will be going down to Hawaii, Australia and New Zealand. So I’ll have another very interesting contact coming up.

As I mentioned in my last post, I participated in the Miss Ryndam contest. I didn’t win, but I sure had a lot of fun. Apparently I was in the running to win but I didn’t change my dress between the talent portion and the portion where you answer a question. Apparently I was supposed to be wearing a different dress for that, but I didn’t know. Anyways I had a ton of fun and I know most of the people there wanted me to win…why…I’m not sure. I will say however that since the show, every single day I have had someone tell me that I make a beautiful girl. The first two days I couldn’t keep track of how many people told me that, but it’s been more than a week and people are still commenting on it. Don’t tell anyone but…. I secretly liked it. Shhhh…. The sound system was screwed up so I didn’t do as good at the dancing part as I would have liked, as I couldn’t really hear my song. But there is a video and I’m currently trying to figure out how to convert a .vob file to .mov without buying a program to do it. Once that is figured out I’ll upload a video to Youtube. In the meantime a few photos will have to suffice. 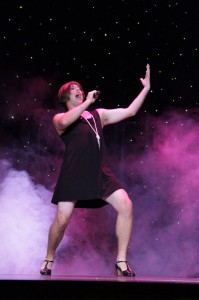 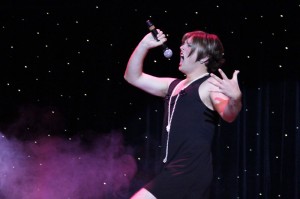 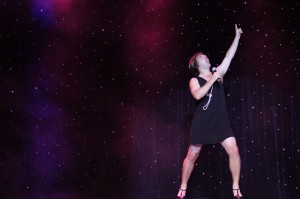 8 Responses to Count Down To The Future