More Fun On The Volendam

Back when I was still in Alaska, as you might remember I rented a car and drove up to Emerald Lake in Canada. My internet at the time wasn’t working very well and so I wasn’t able to upload photos. Here you can see Niamh at Emerald Lake. It was very beautiful, reminds me of hot springs that have really weird vibrant colors. There’s actually some of those places around here in New Zealand which I might try to go to before my contract is over.

Also, here’s a photo of me on the back deck of the Volendam in Auckland during the final match of the 2011 Rugby World Cup. There were several huge outdoor TVs setup on the docks around where the ship was and there were thousands of people watching. I can’t imagine what it must have been like in the actual stadium.

In other news, life here on the Volendam is going well. We had a bit of a hiccup last cruise when our printer had major issues and stopped working for a few days. There is a huge problem with static electricity in the lab and it fried a few firewire cards in the computer and the printer and it caused it to not work. So that was fixed in Sydney by a couple Fuji technicians, but then it got fried again about 2 hours after they left. When we got to Melbourne another tech came on board and replaced the firewire cards again, and suggested that I also replace the actual firewire cable, and get a static mat to go under the computer. It seems that one or both of those two things has fixed the problem as we are still up and running several days later. I have my fingers crossed that it won’t happen again.

I’m also starting to see the light at the end of the tunnel. Only the remainder of this cruise and four more cruises until the end of my contract. That means just about 2 months left. I’ll be leaving on the 17th of January. It’s been a super contract so far but I’m also very ready for vacation. Who knows where I’ll be next, but I’m hoping for a ship in Europe. 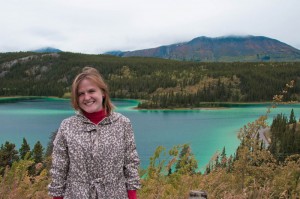 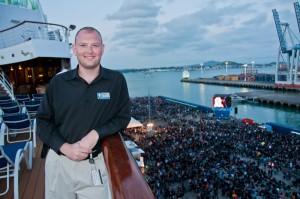 7 Responses to More Fun On The Volendam